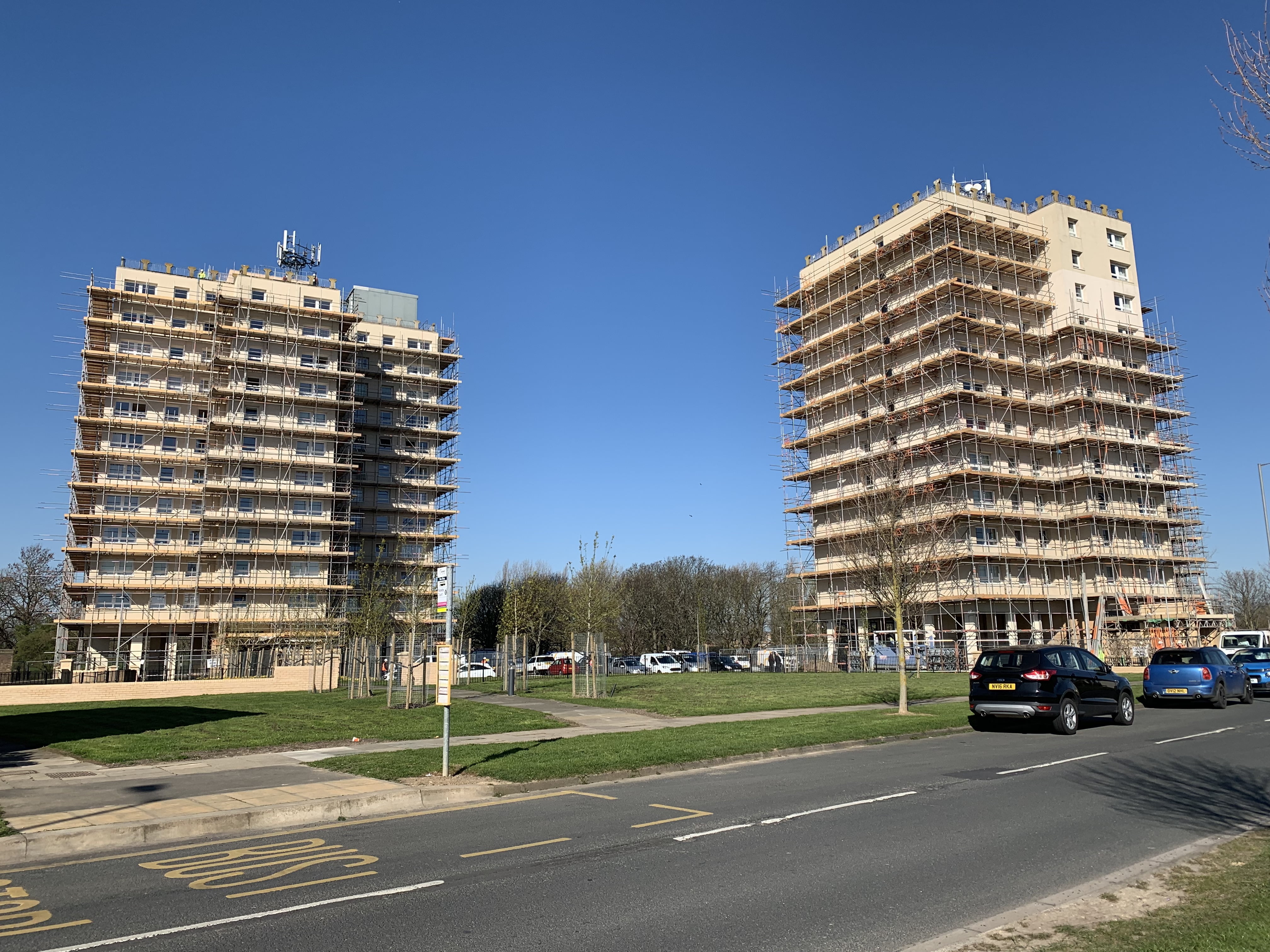 Our relationship with Thirteen began as a result our successful tender with the group. We had previously been successful in winning two separate tenders towards the end of 2018; Repairs & Maintenance (lot 1) and High Rises (lot 2).

In November 2018, we received a call from Thirteen asking us to create an exclusion zone at a set of their high-rise flats; Prior Court, Low Grange Avenue, Billingham, due do an incident resulting in fire damage on the top floor.

Following on from the creation of the exclusion zone, we began planning our next steps for the project which we knew would be on quite a large scale and would require us to work to tight deadlines, not to mention the safety aspect of the work.

Firstly, we needed to find a hoist suitable with a 1 ton capability for the front elevation. This presented it’s own set of challenges due to the load capacity of the ground. We instructed an engineer to design a pad which would spread the intended loads of the hoist, without causing any damage to the area. We also instructed jigsaw design to design a scaffold suitable to withstand the imposed loads by the hoist to the scaffold.

For the adjoining elevation, we could build on a TG20:13 compliance sheet, which work started straight away on. We worked to a strict deadline and work was completed on schedule, and without incident, before the Christmas break on December 21st, meaning Thirteen group were able to begin removing the fire damage from the block on their first week back in January, as scheduled.

In the final week of December, we were instructed to build the rest of the scaffolding and board every lift, again, ready for the work to begin in January.

At this stage, there were more design elements to take into account, such as a cantilever section of scaffold and allowing access for tenants and members of the public.

In January we received the go ahead to start Melsonby Court (adjacent to Prior Court) and build to the same specification. The timescale at this point was for both flats to be fully erected by March 31st.

The project was a great success for both Thirteen Group & JMAC Scaffolding, we were pleased to complete our handover on the scheduled dates, within the agreed timescale and within budget.

“I was pleased to manage this project from concept to completion. There were a few issues along the way, as there usually is in this industry. However, we are a dynamic company with a great team and support network, so we were able to overcome these without affecting the programme in any way. It’s a pleasure to be working with Thirteen Group and we look forward to continuing to build our relationship with them in the future.” – James Boland, Contracts Manager. 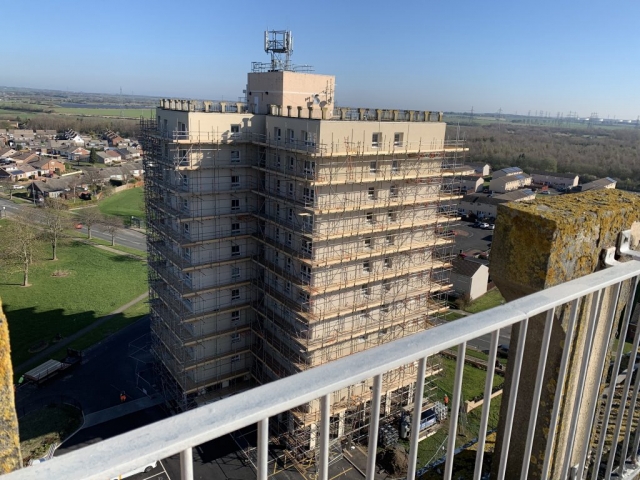 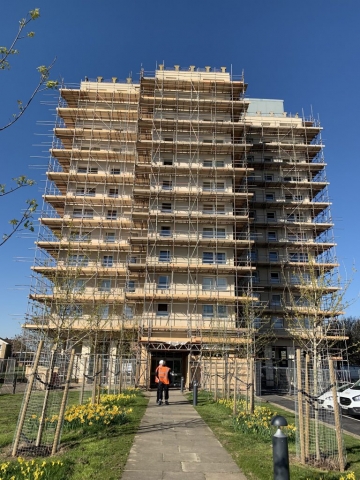 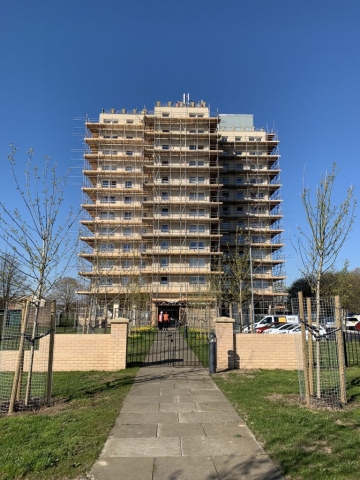 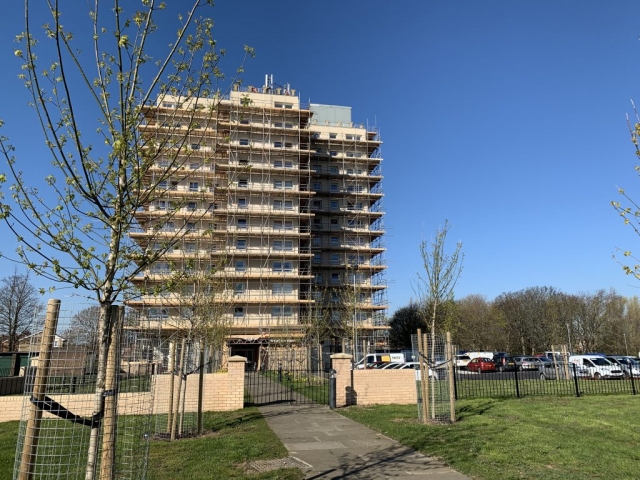 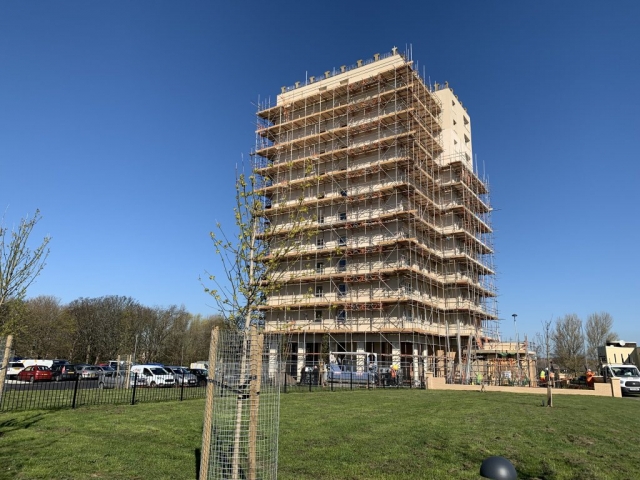 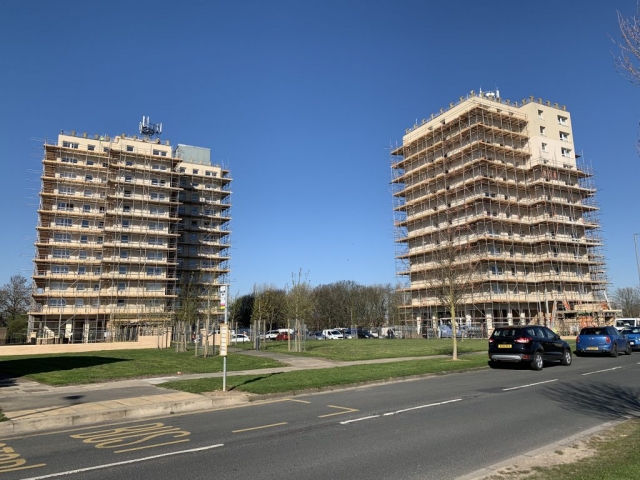 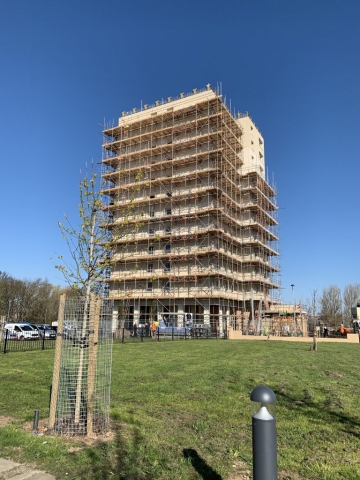